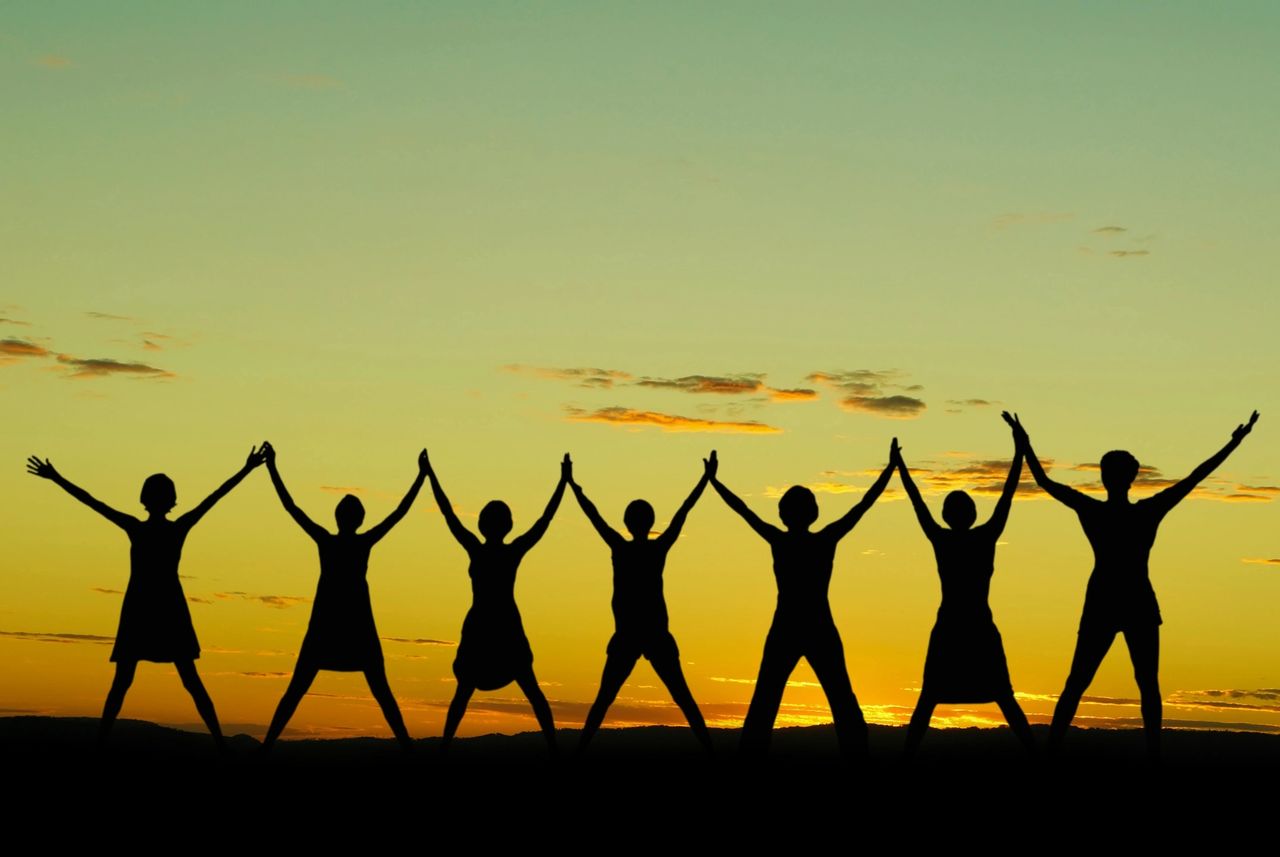 Employee Resource Groups (ERGs), also referred to as business network  groups or affinity groups, have served and supported the culture of  corporate America since the 1970s. Typically organized around a shared  identity, such as race, gender, age, or mental health, they serve as a haven of belonging, offering a space for underrepresented employees to find one another, stave off a sense of isolation, and experience a reprieve from the daily aggressions they’ve endured at work.

ERGs bring many benefits to organizations. They identify and help develop internal leaders. They lead to higher retention rates.  They educate employees — including senior leadership — through internal  events, panels and more. They help companies recruit underrepresented  individuals and develop a talent pipeline: According to a 2014 survey conducted by Software Advice, 70% of U.S. respondents who were 18 to 24  years old and 52% of respondents between 25 and 34 reported they would  be more likely to apply for a role at a company that had ERGs. Fifty  percent of survey respondents stated they would remain at a company  because it had an ERG.

Black ERGs were the first affinity groups established in corporate  America, primarily in response to the racial unrest in the country. Xerox pioneered the first corporate ERG — a group for its Black employees — in 1970. Black ERGs still remain as relevant as ever — and have become even more impactful. AT&T’s Black ERG, The NETwork has more than 11,000 members, and in 2015, the company reported an 85.6% retention rate for its Black employees. AT&T credits The NETwork as a prime  resource for identifying candidates for leadership. More recently, in  the wake of George Floyd’s death, Amazon committed $10 million to  fighting for social justice and aiding Black communities. The company’s Black Employee Network (BEN) helped leadership identify the recipients of those funds. Similarly, DoorDash established a $500,000 fund, which will be directed by its Black ERG to state and local organizations.

Right now, at a height of racial uprising in the U.S., what is it  that Black ERGs need? Most of their needs are the same as what they  needed yesterday and will need tomorrow, and some are not exclusive to  Black ERGs. But denying these needs will only exacerbate the inequity  that Black employees already experience.

As with most ERGs, Black ERGs are largely volunteer led. They  typically don’t have a sustained or committed budget. Members cobble  together funding by soliciting various leaders to provide funding for  events or even paying out of pocket for things like refreshments. This  work is taken on in addition to their full-time jobs, without additional  compensation. I have worked at organizations where ERG members have  even received backlash from their managers and colleagues for  participating in “extracurricular” activities or for rocking the boat  and highlighting race.

It’s time that organizations compensate these leaders for their work.  In the past, ERGs were primarily a support network for people with  shared identities, but now organizations rely on them for recruitment, retention, marketing, strategic guidance, and other business functions.

Compensation could take the form of an increase in overall  compensation, a bonus, or formally dedicating a percentage of their role  to this work.

Funding conference attendance is another potential form of  compensation. Conferences for Black employees, such as the National  Black MBA Conference, AfroTech, or the Corporate Counsel for Women of  Color Conference, provide Black employees a way to feel less isolated,  develop their network, and receive leadership and development training  that speaks to their specific experiences.

Organizations should provide their ERGs with administrative support.  From reserving rooms to creating flyers to ordering catering, this work  requires extended amounts of labor and does not necessarily provide the  development skills ERGs members need to become valued leaders.

Companies that use their ERGs to recruit Black employees need to make  sure they are taking care of their current Black employees. If they  don’t, they are ultimately adding to the emotional labor of their  current employees, who are left to nurture and support their new  colleagues when they are subjected to anti-Blackness and inequity.

Performative allyship needs to be done away with. Right now,  companies are issuing words of support for Black Lives Matter and Black  employees. Unfortunately, the experience of Black employees doesn’t  always match what’s been said in these written commitments, and this  hypocrisy will do little to foster trust. Black people are promoted at a lower rate than white peers. They are paid less than their white colleagues. Reports of discrimination and other  marginalizing behavior goes unaddressed by HR teams: Black employees  account for 13% of the U.S. workforce — and 26% of discrimination complaints filed at the EEOC. In fact, companies pay millions of dollars to settle racial discrimination claims every year.

One way to build trust is to hold leaders accountable when they fail  to adhere to their organization’s publicly espoused diversity, equity,  and inclusion values. When leaders are given a pass — whether it’s for making or allowing denigrating statements about  Black people, not hiring, retaining, or promoting Black employees,  second-guessing Black employees’ decisions in ways that they don’t  question white employees, or relying on Black employees for expertise on  race rather than for their skill set — it sends a message to Black  employees: You are not valued. You do not belong here.

Black Americans experience trauma on a daily basis, and the severe  psychological distress caused by ongoing police shootings doesn’t  dissipate once employees enter the workplace. In fact, the level of  anxiety and trauma can escalate when Black employees are  underrepresented in white-dominant workplaces. Black ERGs provide a safe  space for these employees to be connected and supported, and to process  and discuss these experiences.

It doesn’t matter how much value Black ERGs bring to an organization  if the highest levels of leadership don’t recognize — or worse yet,  dismiss — their contributions. Recognition from the C-suite informs  budget opportunities, encourages grace from people managers when  employees want to participate or attend learning opportunities offered  by ERGs, and demonstrates an intention to include and welcome Black  employees. Below are some of the ways that leaders can give this type of  validation.

Invest in Your Black Employees’ Success

The workforce notices when the CEO is present at an event or sends a  company-wide message encouraging employees to attend a function by an  ERG. This validates their efforts and presence. It is another way of  saying, “This group belongs here and is a part of our team,” or “We all  can benefit from this event and it is a worthwhile use of your time.”  Similarly, it is noticed when the CEO is absent or indifferent.

Connect With — and Listen to — Your Employees

It’s a mistake for leaders to only get input through employee surveys  and HR. Too often that feedback gets diluted or muddied. Instead, top  leadership needs to proactively request direct input from Black  employees on their concerns — and then act on those concerns. No matter  how much data is collected, there is no substitute to having first-hand,  transparent, and open conversations with Black employees and then  heeding their guidance.

Each ERG should have an executive sponsor who is either in the  C-suite or one level removed, who can advocate for the ERG’s  initiatives, clearing barriers and supporting them in achieving their  strategic goals. In the case of Black ERGs, I believe the sponsor should  be a non-Black person so that they model active learning, cultural  stewardship, and advocacy across cultures. Too often, the few Black  leaders are drafted to lead the Black ERG instead of recognizing that  cultural stewardship is the responsibility of all leaders. The executive  sponsor should be present at all ERG events, an active participant in  initiatives, and committed to being an ongoing learner and not an  expert.

In recent years, some companies have moved away from ERGs — most famously Deloitte decided to phase them out,  arguing that often they leave out white men, who need to be part of the  conversation. But many advocates recognized this decision as another  white-centered decision made at the cost of underrepresented employees.  Why can’t the white leaders move past their discomfort to be a part of  these conversations and participate in spaces where whiteness isn’t  centered?

Black ERGs are a clear pathway for organizations to offer support to  Black employees. They are also a critical resource for information about  what is and is not working for Black employees. Valuing, supporting,  and sustaining a Black ERG is a win-win for the company and those they  aim to support.

AMERICA WHERE HAS SHE GONE™