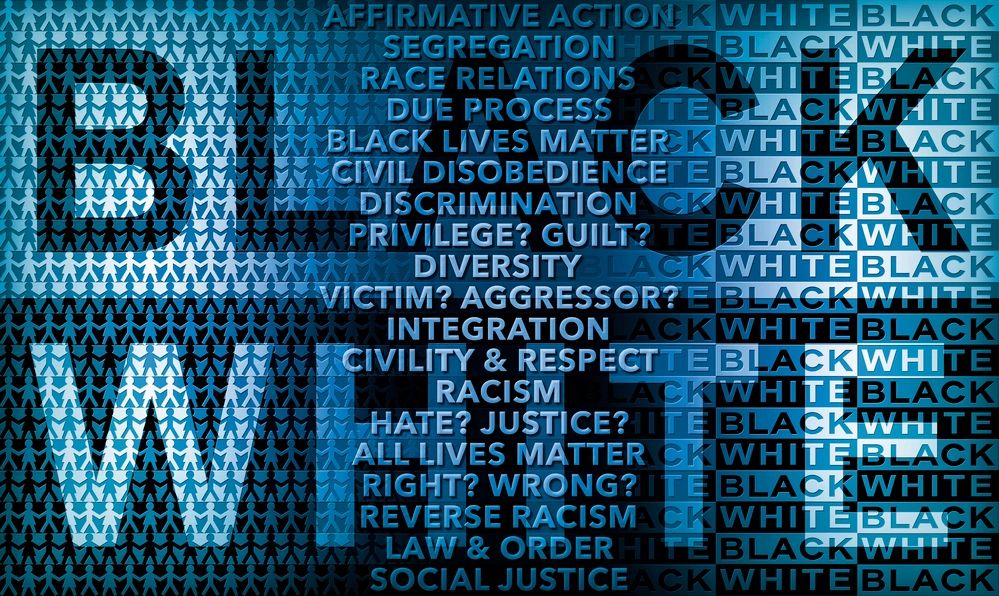 Evidence of past discrimination often surfaces during contemporary discussions about social inequalities. The many prominent allegations of sexual misconduct that fueled the #MeToo and  #TimesUp movements drew attention to the long history of sexism, abuse,  and discrimination against women. Conversations about racism in the  United States cannot be untangled from the country’s legacy of slavery and systemic discrimination.

It is generally accepted that understanding and  highlighting past injustices should inform and motivate present-day  actions and remedies. But can all this attention being paid to shameful  historical inequities also have unintended negative consequences?

Our research investigates how to build broad-based support for  programs that seek to remedy gender discrimination in the labor force.  Currently women account for only 5.6 percent of CEOs and 21 percent of  board seats across all S&P 500 companies.  In addressing such inequities, governments and organizations have  implemented diversity and equity policies including affirmative action  (in the U.S.) and employment equity (in Canada). It is common for these  policies, especially in Canada, to reference historical disadvantages of  certain groups.

The fact that women were once excluded from a wide variety of  educational and employment opportunities, for instance, is often  documented in the background information about employment equity policy  in Canada. In America, although affirmative action policies no longer  explicitly reference historical injustice, redress for past  discrimination is central to the original concept. Moreover, in a recent  survey of 100 American employees, we found that 58% of male and female  employees strongly viewed diversity and equity programs as a means to  rectify historical injustices.

Such a link makes intuitive sense. Many organizations and  institutions reference past injustices with the intention of making  people more sensitive to how historic systems of oppression contribute  to present-day inequalities. By drawing on social identity theory,  however, we speculated that excessive focus on historical injustices can  actually backfire by causing key groups to deny current discrimination  and withdraw support for ongoing remediation programs.

Social identity theory posits that people derive some of their sense of identity and  self-worth from their group memberships (including gender, race,  religion, politics, or even sports teams), and are highly motivated to  maintain and protect a positive image of their social groups. Just as an  individual’s self-image can be shaken by reflecting on their own  misdeeds, threats to social identity may arise when contemplating past  misconduct by their group. This threat can lead to defensive behavior  that diminishes or deflects perceived criticisms. As the  historically-advantaged group, social identity theory predicts men will  react defensively when presented with evidence of past injustices  suffered by women, the disadvantaged group.

We tested these ideas through our recent research.

The first experiment we conducted involved a sample of 115  undergraduate business students from a Canadian university (59% women)  enrolled in a co-operative education program. Prior to their work-term,  the students completed an online study in which they read a short  historical description of life at the beginning of the 20th  century. Half the students read a description that focused on past  injustices faced by women in the early 1900s, such as the fact that  women could not vote or own property. The other half received a generic  discussion of life in an era prior to cellphones and computers without  reference to gender inequities. Students were then surveyed on their  attitudes regarding the current state of gender discrimination. They  were given statements such as, “Women often say they are discriminated  against when they aren’t,” and, “Canadian society provides men and women  with equal opportunities for achievement.” The students were then asked  to rate their level of agreement with each statement on a scale of one  to seven with one being “strongly disagree” and seven being “strongly  agree.” Finally, we asked them to rate their level of support for an  employment equity program targeting women in their own co-op education  program.

As predicted, male students given historical evidence of previous  discrimination against women reacted in a defensive manner. They were  more likely to deny the existence of present-day gender discrimination  and expressed lower support for a contemporary employment equity  program, as compared to males who read the benign historical snapshot.  Female students were inclined to perceive current gender discrimination  and support equity programs regardless of which historical snapshot they  read, suggesting their opinions were not affected by historical  evidence. These results offer initial support for the idea that  reminders of historical injustice can backfire by lowering support among  the advantaged group.

As business students may lack the work or life experience required to  properly gauge the need for employment equity policies, in our next  experiment contextualizing past injustice as a rationale for an  employment equity policy, we recruited 241 experienced American  employees (44% women and 56% men, both with an average age of 37 and 14  years of work experience) and found similar results. Men were more  likely to deny the existence of present-day discrimination when  presented with an employment equity policy contextualizing past  injustices as a rationale than when there was no information about past  discrimination against women. This result was again not apparent among  women.

These converging results suggest invoking past discrimination can  threaten men’s social identity and undermine their perceptions of  current levels of discrimination, consequently lowering their support  for policies meant to ameliorate this situation.

What might be done to mitigate these negative effects? Must we  sidestep these discussions of current groups’ shameful history,  sacrificing its capacity to enrich our understanding for fear of  triggering defensive backlash? Rather than simply avoiding discussions  of the past, we reason that historically-advantaged groups (men, in  these studies) might be more open to information about past injustices  if there was a way to lessen the threat to their social identity.

To test this idea, in another study with a sample of 218  undergraduate business students (50% women) we aimed to mitigate the  social identity threat that comes with reading about past injustices.  After reading about historical gender inequities, 55 male and 48 female  participants were given additional material that detailed progress made  in women’s rights in more recent eras. We found male respondents were  less likely to deny the existence of current gender discrimination if  they were presented with additional information about more recent  improvements in women’s rights, as compared to men who did not receive  facts about progress toward equity. Focusing on how women’s status has  improved over time thus appears to deflect the threat to men’s social  identity and makes them more likely to support present-day employment  equity policies. Reminders of history need not always backfire.

This work has important implications for policy-makers and  organizations seeking to implement diversity and equity policies.  Despite the intuitive appeal of using past injustices to bolster the  case for such initiatives, this approach can undermine progress by  threatening the social identity of key participants. As the efficacy of  diversity and equity programs depends on establishing broad-based  support, getting both men and women to view these policies positively  should be considered an important pre-condition for success.

To bolster support from men, our research suggests equity-based  policies should present positive information on recent progress  alongside evidence of past discrimination. Such a framing technique  reduces the risk men will respond defensively and undermine the  policies. While such a male-centric approach may seem ironic given the  circumstances, protecting the self-esteem of the advantaged group  appears crucial to effectively achieving buy-in for policies designed to  improve conditions for disadvantaged groups. In recognizing the  progress that has been made, men are able to shift their focus from  self-protection to open acknowledgement of the problem, and in this way  lend support to collaborative solutions.

But a few caveats are in order. As discussed, three of our four  experiments involved university students, who tend to have limited work  experience. And yet our one experiment involving experienced employees  delivered similar results. In addition, several of our key effects  reveal only small shifts in attitude. However, because people are often  mindful of socially desirable responses about gender equality  (constraining their tendency to change their attitudes dramatically),  even small effect sizes can be extremely meaningful. In a real-world  context, subtle biases in judgement regarding different job candidates  can have large cumulative effects over time with a significant effect on  gender equality. While we cannot generalize beyond these specific  results for the one historically-disadvantaged group we studied (women  in the workforce), we speculate these effects may be similar for other  disadvantaged groups.

Taken together, these results offer important lessons for how to  present and implement programs intended to remediate historical  discrimination, such as affirmative action or employment equity. Our  work shows that reminders of past injustices can have an unexpectedly  powerful and negative effect on support for present-day diversity and  equality policies in the workplace by adversely affecting men’s  self-esteem. Our work also shows that it is possible to mitigate these  negative effects, and that such mitigation need not ignore the past. We  can learn from the past, recognize recent progress, and continue to move  forward in acknowledging and addressing discrimination in the  workplace.

After years of talking about diversity, the number of black …